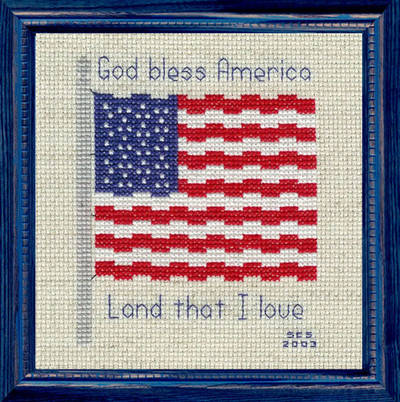 American Christians too easily assume their surrounding culture is Christian. It is useful to listen to people who come into our culture from other cultures, to pay attention to what they hear and what they see. In my experience, they don’t see a Christian land. If you listen to a Solzhenitsyn or Bishop Tutu, or university students from Africa or South America, they don’t see a Christian land. They see something almost the reverse of a Christian land. They see a lot of greed and arrogance. And they see a Christian community that has almost none of the virtues of a biblical Christian community, which have to do with a sacrificial life and conspicuous love. Rather, they see indulgence in feelings and emotions, and an avaricious quest for gratification.  Eugene Peterson (from Rodney Clapp’s Introduction to The Contemplative Pastor p.17)

This quote on the condition of American Christianity from Eugene Peterson was written back in 1989. And for those of us alive back then, we can recall that the 1980’s were not the glory days of America as some paint them today. But certainly, these powerful words Peterson used back then to paint a picture of our American culture in 1989 seem shockingly applicable when describing our society in the second decade of the 21stcentury, don’t you think?

A Christian land. There seems to be so many folks across the fruited plain of America who feel as though it’s our primary job as Christians to re-make America into the ‘Christian land’ it once was. And while Peterson uses that language here in his 1989 quote, my gut tells me that Pastor Eugene is not defining a ‘Christian land’ in the same way so many Christians do today. As I’ve dialogued with many fundamentalists over this subject of America becoming a ‘Christian land’ again, it seems to me that so many today believe the key to restoring America is simply to restore Christianity as the primary religion across our nation. But, as I see it, Peterson is going much deeper than that with his comments here, pointing out that it’s our watered-down form of Christianity we practice here in America that truly is the problem at the heart of the issue.

In just a couple of short sentences, Peterson hits the mark when he says the problem in America is that we Christians have become full of “greed and arrogance,” indulgent “in feelings and emotions,” with “an avaricious quest for gratification.” Peterson goes on to add that our Americanized version of Christian community “has almost none of the virtues of a biblical Christian community,” with little or no focus on “a sacrificial life and conspicuous love.”

Now Peterson has my attention, and might I suggest, that he should have yours as well. As I see it, with a quote that is now 30 years old, Eugene Peterson is calling out the same problem William Penn, founding father of the State of Pennsylvania, once addressed in American society. When writing about governmental systems, Penn was quick to point out that the key to success in any form of government is dependent fully on the spiritual light and life coming from those who lead that government.

“Governments, like clocks, go from the motion men give them, and as governments are made and moved by men, so by them they are ruined too. Wherefore governments rather depend upon men than men upon governments. Let men be good, and the government cannot be bad; if it be ill, they will cure it. But if men be bad, let the government be never so good, they will endeavor to warp and spoil to their turn.”

William Penn, a 17th century Quaker, understood well the glaring need for true, biblically-based Christian virtues to be evident in the lives of those calling themselves Christians. Penn knew that a ‘Christian land’ or government could only occur when men and women addressed, first and foremost, the sin and selfishness that lies deep within our own hearts. Peterson seems to be addressing this same issue as well in 1989. Maybe today, some men and women of courage need to bring this same call of “a sacrificial life and conspicuous love” front and center for yet another generation of American Christianity?

More on that next time.

My prayer: Father, I so often look around me and see all the things wrong with my country. I complain about how the nation is going to hell in a handbasket, but I so often ignore the fact that it very well might be this way because of the weak and sickly condition of Your Church. Awaken me, Lord, to a greater awareness of the faults within the Body of Christ so that revival might first come to Your Church so that awakening might come to this nation. For Your name’s sake. Amen.

So what is God speaking to you today as we ponder together The Contemplative Pastor?

Over a 37-blog series, you and I will take a deeper look at Eugene Peterson’s classic, The Contemplative Pastor: Returning to the Art of Spiritual Direction. In order to keep all the blog sessions organized, we suggest you bookmark our blog series home page for ease of use. Keep in mind that one of the best ways to explore the on-going applications of this blog series is to walk alongside a biblically-based, Christ-centered spiritual director who is familiar with how to make material like this part of your overall spiritual formation in God. Many of our directors in our Contemplative Activist network are available to companion you in your journey with Jesus. Click here for more info.

Click here to continue to the next blog in this series…