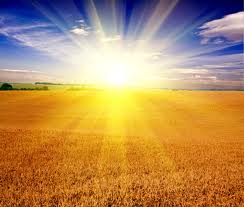 God, don’t shut me out; don’t give me the silent treatment, O God.
Your enemies are out there whooping it up, the God-haters are living it up;
They’re plotting to do Your people in, conspiring to rob You of Your precious ones.
“Let’s wipe this nation from the face of the earth,” they say; “scratch Israel’s name off the books.”
And now they’re putting their heads together, making plans to get rid of You.

So here we are.

Asaph’s last recorded song in the Book of Psalms. As we said earlier in this series, Asaph is credited with 12 songs amongst the 150 recorded for us in our Bibles (Psalms 50, 73-83). Scholars are uncertain if these 12 songs were actually written by a psalmist named Asaph, were penned by various musician-songwriters working in the Temple, or were songs written by King David and only transcribed by a guy named Asaph.

While historians may not be certain on who Asaph actually was, it is clear that Asaph’s songs were written in a time when Israel was under severe pressure from her enemies. Here in Psalm 83, Asaph names the bad guys for us:

Edom and the Ishmaelites, Moab and the Hagrites, Gebal and Ammon and Amalek, Philistia and the Tyrians. And now Assyria has joined up, giving muscle to the gang of Lot.

I can see why Asaph is a bit freaked out about God being silent when faced with a line-up of enemies like this!

But isn’t it interesting that history shows us that this war against God’s people is nothing new? The Old Testament is full of horrendous stories of how evil foreign nations can be when it comes to their attempt to wipe Israel off the map. In New Testament times, it was the Roman Empire that took their turn at destroying God and His chosen people. History shows us that they did a pretty good job of ripping apart Jerusalem, scattering folks in such a complete way that a nation known as Israel would not exist again for nearly 2,000 years. It was not until 1947 when Jews were once again allowed by world powers to intentionally gather again in the Holy Land to form the State of Israel.

A careful review of world history shows that the Jewish people have long been blamed for the world’s problems. When the Plague hit Europe in the mid-14th century and over 100 million people died, many blamed the Jews and thought the answer might come by eliminating God’s people from society. During the Russian Revolution in the early part of the twentieth century, most Jews were forced to leave Russia, exiled once again from their adopted homeland. And of course, Adolph Hitler and his Third Reich took their turn in the 1930’s and early 40’s with their Final Solution that ultimately wiped out six million Jews. It was that horrific act that finally caused some world powers, including the USA, to make a way for a piece of the Holy Land to once again belong to God’s chosen people.

So there we are. Nearly five thousand years of world history. And through it all, a God who has called the children of Abraham to Himself. Like all of us human beings, a sinful lot not worthy of redemption, but a people chosen by God to receive His mercy and blessing on their lives. A people under siege. A people despised by many and hated by the Devil.

As I see it, there really is nothing new under the sun. But here’s the truth.

While history shows us that God and His people have rarely had a day when they’ve not been challenged to the hilt by some big blustering enemy; in the long run, no one or no thing can destroy what God has called into existence.

Kinda feels comforting, doesn’t it, for those of us who’ve been grafted into this vine called Israel. And as Christ-followers, that is who we are. Men, women, and children who are loved by God, hated by the Enemy, and like Asaph here in Psalm 83, called to be intercessors, seeking God for His holy protection over His people. For His Name’s sake.

My prayer: It’s frightening, God, to see the horror that has befallen the people of God. Without a doubt, Satan would like nothing better than to destroy Your people and rub Your Name in the dirt. Yet through it all, Your power and protection has cut off the enemy every time he tries to use men to do his dirty work. May You continue Your protection over Your people in the perilous days ahead. For Your name’s sake. Amen.

My questions to ponder: How can I be a man of peace, looking to build bridges with my fellow human beings, when indeed there is an Enemy of God who loves to use some of those same people to destroy all the works of God? How can I be a friend of Israel, defending her God-given right to existence without being a war-monger and a hater of other nations?

So what is God speaking to you today as you ponder the Psalms?

Over a 50-week period, you and I will take a deeper look at The Psalms: God’s Songbook of Prayers. In order to keep all the blog sessions organized, we suggest you bookmark our Contemplating the Psalms home page for ease of use. Keep in mind that one of the best ways to explore the on-going applications of this blog series is to walk alongside a biblically-based, Christ-centered spiritual director who is familiar with how to make material like this part of your overall spiritual formation in God. Many of our directors in our Sustainable Faith-Heartland network are available to companion you in your journey with Jesus. Click here for more info.