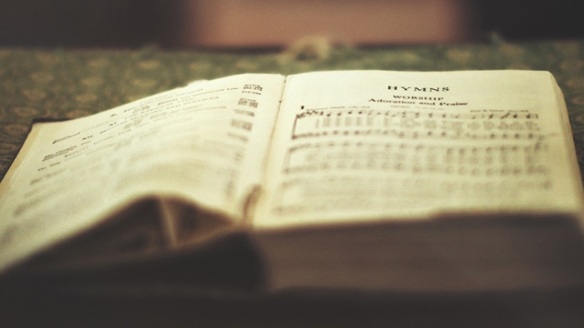 Click here to listen to the podcast version of this blog!

Today’s Lectio Divina: David blessed God in full view of the entire congregation: Blessed are You, God of Israel, our father from of old and forever. To You, O God, belong the greatness and the might, the glory, the victory, the majesty, the splendor. Yes! Everything in heaven, everything on earth; the Kingdom all Yours! You’ve raised Yourself high over all. Riches and glory come from You, You’re ruler over all. You hold strength and power in the palm of Your hand to build up and strengthen all. And here we are, O God, our God, giving thanks to You, praising Your splendid Name. 1st Chronicles 29: 10-13 (MsgB)

As you’ve probably realized when reading The Lord’s Prayer in the New Testament, neither Gospel writer, Matthew or Luke, includes this beautiful phrase in the text.

For Thine is the Kingdom, the Power, and the Glory, Forever and ever…

So, the obvious question is, “How, in the world, did these words get attached to Jesus’ prayer?”

Well, first of all, let’s define what the phrase actually is.

In biblical traditions, a phrase such as this is called a doxology. A doxology is a term that comes from two ancient Greek words; doxa, which means glory, and logia, which means saying, and is a short hymn of praise to God (a glory-saying) and is found, most commonly, at the end of canticles, psalms, chants, and hymns.

While there are literally dozens of doxologies in our Christian tradition, most church-goers today associate the following words as being the doxology…

Praise God, from whom all blessings flow;

Praise Him, all creatures here below;

Praise Him above, ye heavenly host;

This familiar text, which is sometimes called The Common Doxology, first appeared in 1674 and was written by hymn writer Thomas Ken. But, when it comes to dating well-known doxologies, the words that appear at the end of The Lord’s Prayer far out-dates them all!

Historians tell us that the first time pieces of the phrase…

For Thine is the Kingdom, the Power, and the Glory, Forever and ever…

…are associated with The Lord’s Prayer is in the Didache (8:2), also known as The Teaching of the Twelve Apostles, dating way back to the first-century!

Actually, it shouldn’t surprise us to find that the early church added this doxology to The Prayer, because ever since the days of King David, Jews have regularly used shortened versions of the Kaddish (a hymn of praise) to serve as a closing thought or finishing touch to a section of the traditional Hebrew worship service.

Jesus, who so many times throughout His three-year ministry called Himself the Son of David, would have been very familiar with the many hymns of praise (Kaddish) used in the synagogue, and many Bible scholars believe the doxology of The Lord’s Prayer might have had its origin from David’s powerful prayer of blessing found in today’s passage from 1st Chronicles 29!

So, let’s look a bit closer at each line of this beautiful doxology…

For Thine is the Kingdom,

As we discussed earlier, the Kingdom is a huge theme in Jesus’ message. So, when we declare, For Thine is the Kingdom, we are saying that God, and God alone, has the right to rule and reign over all Creation. It was Him who made the Universe, it’s Him who keeps the Universe in place, and ultimately, it is Him who has the full right to determine its future. No questions asked. No room for negotiations or discussion. Case closed.

The best way to understand this word, “power” is to compare it with another word found in the New Testament, “authority.” If you recall, in Matthew’s Gospel (28:18) Jesus tells His disciples, “All authority in heaven and on earth has been given to Me.” (NIV) In New Testament Greek there are two different words used interchangeably when talking about Jesus’ ability to do what He was doing. First, there was power (dunamis) for Jesus to heal the sick, multiply bread & fish, walk on water, etc., and secondly, there was His authority (exousia) to do the things He was doing.

So, when we say, Thine is the Kingdom, and the Power, we are saying God has both the dunamis (the physical power) and the exousia (the authority) to hold all things in the Universe together, for the greater glory of God. Which now, brings us to…

In ancient Hebrew literature, there is a word used to describe the manifest presence of God, or the place where God dwells. The word is shekhinah, and it is sometimes used to describe the unspeakable glory or indescribable brightness of the face of God. When the prophet Isaiah found himself in the presence of the Almighty (see Isaiah 6) or John of Patmos stands in the throne room of God (see Revelation 4), the holiness, or glory (shekhinah) of God is so thick and rich, nothing else on earth or in heaven can ever compare to it. It’s this Glory we ascribe to God when we add this phrase to the end of The Lord’s Prayer.

Simply put, we are finishing up our prayer by agreeing with the biblical truth that God is the Alpha (the beginning), the Omega (the end), and everything in between. Forever and Ever is just another way of saying, Eternity belongs to God. God belongs to Eternity. His Kingdom rule and reign is forever, world without end. Amen.

And speaking of Amen…

Join us next time as we conclude this short blog series on Jesus’ powerful prayer.

My Prayer: Father God, earlier in The Prayer, we say, hallowed be Thy name. Now we conclude this powerful power by speaking out with full certainty this beautiful doxology. Just as King David spoke a similar glory-saying one thousand years before the birth of Christ and the early church did the same nearly two-thousand years ago, I now add my glory-saying to my prayers…

For Thine is the Kingdom, the Power, and the Glory, Forever and Ever!

For Your name’s sake. Amen.

My Questions To Ponder: Similar to The Apostles’ Creed, this ancient doxology spoken at the conclusion of The Lord’s Prayer defines what I actually believe about God. What ramifications or practical applications come into my life today because of these foundational truths?

So, what is God speaking to you as you ponder on The Lord’s Prayer?

Over a period of four weeks (3 sessions per week), we will take you on a journey (12-sessions) we call Contemplating The Prayer: Pondering Anew The Prayer of Jesus. We suggest you bookmark our blog series homepage to keep all the writings in one place for your future reference. Take note that each blog session begins with a short scripture reading. My suggestion is that you don’t hurry through, or skip the text, but treat it as a Lectio Divina reading where you slow down and sit a bit with God’s Word, allowing it to penetrate and influence you as you read. Each session also ends with a few thoughts to ponder on. I look forward to hearing some of your insight as we journey together!

Oh, and if you enjoy what you’re reading here, we encourage you to share this page and our website, The Contemplative Activist, with your friends!

1 thought on “The Blessed Doxology.”