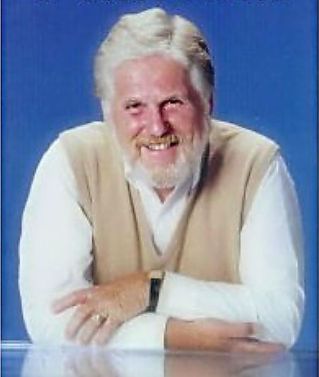 I’m a fool for Christ. Whose fool are you? John Wimber

Let me begin by first giving you a few facts. It was back in 1984 when the church community my wife, Sandy, and I were a part of, first met up with John Wimber and the group of churches under his leadership called the Vineyard. Our church was called Christ Church of the North Shore at the time and we were a small group of about one hundred or so twenty-something folks assembling in Evanston, Illinois, looking for more of Jesus and finding him as we gathered in his name. The church would later become known as the Vineyard Christian Fellowship of Evanston and grow to become one of the larger churches in the Vineyard movement, sending out dozens and dozens of Jesus-lovers to plant Vineyard churches throughout the world. Sandy and I were one of those many couples that was sent out to plant a Vineyard.

While both Sandy and I had been Christians for much of our lives, this encounter with John Wimber in the 1980s changed our lives forever. John’s focus on practicing intimate worship of God, while proclaiming the kingdom message and ministry of Jesus, enthralled us. The power and presence of the Holy Spirit during this season of our lives was absolutely amazing. The simplicity of doing Jesus’ stuff and the laid-back, “everybody can play” approach to ministry modeled by Wimber was so inviting, Sandy and I quickly decided to play…and we haven’t stopped now for thirty years.

As I see it, here in 2014, thirty years after our first encounters with John, it’s time for me to write my personal reflections on some of the many words and works of this great man of God who died in November 1997, just two months before we started our Vineyard church in Cedar Rapids, Iowa.

If I can claim a spiritual father, John Wimber would be that man. Amazingly, our actual contact with one another was very limited. I suppose I spent time with John only three or four times between 1984 and 1997. One of the most memorable was sharing a round of golf with John in Chicago in June of 1986. At one point after viewing one of my typically miserable shots, he turned to me and wryly commented, “Marty, in all my years of golfing, I’ve never seen anyone play three fare-ways while attempting to play only one hole!” Yet despite the limited contact, John became my mentor over the years and everything in my life (except my golf game!) has been transformed through his. I know that only Jesus Christ can make real-life transformation in a person’s life, but for me, I stand amazed at how a simple “fat man who was just trying to get to heaven” was used by our Father to give me so much.

The problem I’m seeing right now is that we have a new generation of church leadership who were never truly exposed to John Wimber and the basic kingdom teachings, which, I believe, can bring vibrant life and healthy understanding to the Christian walk. It’s not my desire here to elevate John to sainthood, but simply to give you, as a reader, a taste of John’s basic teachings and hopefully keep the messages alive in a new generation.

For those of you who are not familiar with John Wimber, let me briefly introduce him. John Wimber was born in 1934 in Kirksville, Missouri; a little town in northern Missouri, just sixty-five miles from my mom’s hometown of Trenton. Growing up in a broken, single-parent home, his maternal grandfather became his father figure, teaching him many much-needed lessons he would use throughout his life and ministry. John ended up living most of his life in the Los Angeles basin, pastoring churches in Yorba Linda and Anaheim, California. A talented musician, songwriter, and business man, he was the creative genius behind the Righteous Brothers; a popular musical duo of the 1960s and 70s who made it big when they were signed to be the warm-up band for the Beatles on their first American tour in 1964. Sadly, John never got any of the musical acclaim or riches from the achievements of this well-known duo, since he left the music business immediately upon his radical conversation to Christ in 1963.

In his testimony DVD I’m a Fool for Christ, Whose Fool Are You? John tells his poignant story of coming to Jesus plus other vital life stories worthy of your time to listen. Let me close this introduction by recounting for you, in his own words, Wimber’s conversion story.

After I had studied the Bible with Gunner Payne ( John’s spiritual father) for about three months, I could have passed an elementary exam on the cross. I understood there is one God who could be known in three Persons. I understood Jesus is fully God and fully man and he died on the cross for the sins of the world. But I didn’t understand that I was a sinner. I thought I was a good guy. Oh, I knew I had messed up here and there, but I didn’t realize how serious my condition was. But one evening around this time, Carol ( John’s wife) said to Gunner,“I think it’s time to do something about all that we’ve been learning.” Then, as I looked on in utter amazement, she kneeled down on the floor and started praying to what seemed to me to be the ceiling plaster. “Oh God,” she said, “I’m sorry for my sin.” I couldn’t believe it. Carol was a better person than I, yet she thought she was a sinner. I could feel her pain and the depth of her prayers. Soon she was weeping and repeating, “I’m sorry for my sin.” There were six or seven people in the room, all with their eyes closed. I looked at them and then it hit me: they’ve all prayed this prayer too! I started sweating bullets. I thought I was going to die. The perspiration ran down my face, and I thought, “I’m not going to do this. This is dumb. I’m a good guy.” Then it struck me. Carol wasn’t praying to the plaster; she was praying to a person, to a God who could hear her. In comparison to him, she knew she was a sinner in need of forgiveness.

In a flash, the cross made personal sense to me. Suddenly I knew something that I had never known before: I had hurt God’s feelings. He loved me and in his love for me he sent Jesus. But I had turned away from that love; I had shunned it all of my life. I was a sinner, desperately in need of the cross. Then I too was kneeling on the floor, sobbing, nose running, eyes watering, every square inch of my flesh perspiring profusely. I had this overwhelming sense that I was talking with someone who had been with me all of my life, but whom I had failed to recognize. Like Carol, I began talking to the living God, telling him that I was a sinner. About the only words I could say aloud were, “Oh God! Oh God! Oh God!” I knew something revolutionary was going on inside of me. I thought, “I hope this works, because I’m making a complete fool of myself.” Then the Lord brought to mind a man I had seen in Pershing Square in Los Angeles a number of years before. He was wearing a sign that said, “I’m a fool for Christ. Whose fool are you?” I thought at the time, “ that’s the most stupid thing I’ve ever seen.” But as I kneeled on the floor, I realized the truth of the odd sign: the cross is foolishness “to those who are perishing” (1 Cor. 1:18). That night I knelt at the cross and believed in Jesus. I’ve been a fool for Christ ever since.

Thank you, Lord, for the way you use the testimonies and lives of others who have gone before me to encourage me in my own personalized, spiritual journey. Thank you, Jesus, for the life of John Wimber, which was used in such powerful ways in helping me grow in you. For your name’s sake. Amen!

QUESTIONS FOR YOU TO PONDER

So, what is God speaking to you today as you ponder the Wisdom of Wimber?

Between Easter 2016 and the end of August, we are sharing with you a blog series we call The Wisdom of Wimber: As I See It. In order to keep all 64 blog sessions organized, we suggest you bookmark our Wisdom of Wimber page for ease of use. Might we also suggest that you order a copy or two of our book by the same title! It’s available in both paperback and e-book formats…and will soon be available in Spanish! Click here for more info. ENJOY!