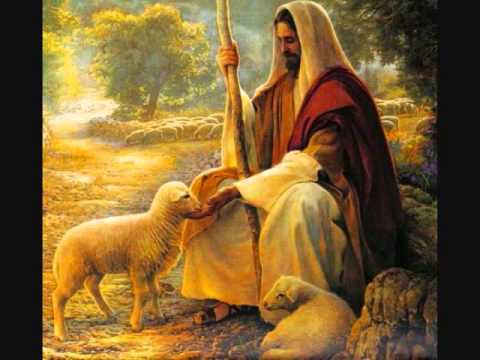 When I was a child, Mama had the best voice of all the members of the church. She had loved to sing. Her words had soared like an angel’s over the swells of the organ. In fact, I now suspected, her entire theology had been taken from the hymnal. Siri Mitchell

In order to fully appreciate the beauty of today’s hymn, Jesus, The Very Thought Of Thee, we must take you back to twelfth century France. To Dijon. Yes, the home of the famous mustard! But long before the mustard was ever created in 1856, there was a godly man known as Bernard. Born just outside Dijon in 1090, Bernard had everything a young man, living in the era of the Dukes of Burgundy, could ever want or need. His father was a knight and his mother, a person of radiant goodness. The young Bernard was a handsome lad, known for his slender build, his golden hair and a complexion to die for. At school, he quickly distinguished himself from all others, and by the age of twenty-two, Bernard was ready to take on the world.

One day, as he was riding his horse toward the camp of the Duke of Burgundy, Bernard was interrupted by a very troubling encounter with God. On his way to join his brothers who were besieging a castle, Bernard was suddenly accosted in a vision of his departed mother (who had died seven years earlier), scolding him for such despicable actions. Like Saul/Paul long before him, Bernard was so blinded by this powerful vision; he retired immediately to a roadside church, where he spent several days praying and pouring out his soul to Christ.

From this moment forward, Bernard was one changed man. And as the story goes, this young zealot from Dijon immediately mounted his stallion, found his brothers and uncle, and in one convincing conversation, persuaded them all to stop their warring madness and join him in his new-found pursuit of God! Over the remainder of his life, Bernard, the contemplative monk from east-central France, became what many believe to be the greatest of the medieval saints.

Throughout his life, Bernard of Clairvaux (the name of the monastery he founded after his amazing conversion in 1112) wrote many poems, sermons, and other biblically-based commentaries. As a man who knew the power of the contemplative life, Bernard drew himself away into long hours of solitude and silence. There, he would often compose pieces of literature that were birthed from the poetic and allegorical imagery that arose in his mind. One of those poems, originally entitled Joyful Rhythm on the Name of Jesus, contained 192 lines that were sectioned into 48 quatrains!

It was not until 1849, when Edward Caswall, an Oxford-educated man, took Bernard’s elongated poem and translated it into English. From that point forward, more and more churches began singing selected verses of Bernard’s lengthy contemplations on Christ, and today we have these five stanza that still remain highly popular in both Catholic and Protestant worship settings.

Jesus, the very thought of Thee,
With sweetness fills my breast;
But sweeter far Thy face to see,
And in Thy presence rest.

Nor voice can sing, nor heart can frame,
Nor can the mem’ry find,
A sweeter sound than Thy blest name,
O Savior of mankind!

O hope of every contrite heart,
O joy of all the meek,
To those who fall, how kind Thou art!
How good to those who seek!

But what to those who find? Ah this,
Nor tongue nor pen can show;
The love of Jesus, what it is,
None but His loved ones know.

Jesus, our only joy be Thou,
As Thou our prize will be;
Jesus, be Thou our glory now,
And through eternity.

My prayer: Jesus of Nazareth, indeed, You are our only joy, our only prize, both now and forever more! May Your Name be glorified and honored in my day and in my life. For Your name’s sake. Amen.

My questions to ponder: What steps might I take, like Bernard of Clairvaux, to step away from the busy-ness of my world so that I might spend more time in contemplation and reflection on the risen Christ?

So what is God speaking to you today as we ponder together 30 Great Hymns of Faith?